Home » Community » Having fun at TLC Aged Care The Heights

Having fun at TLC Aged Care The Heights

In my recent summary of the first year of True Doors projects in Australia, I described the heart-warming reaction from one particular elder while my Husband, John, and I were applying four True Doors during the trial at TLC Aged Care, The Heights in Donvale, VIC.

At the invitation of General Manager Sue Jones, John and I returned at the end of June just ahead of The Heights five-year anniversary to complete the True Doors rollout for the rest of the memory unit. I was curious to see the whether the good vibes had lingered and how special this larger transformation would be for the residents.

Just as with the trial a person centred approach was taken with great coordination by Mia Clifford of the TLC team, who ensured residents chose their True Doors. All from the collection.

In the morning Mia introduced us to excited residents who had lots of comments to make as Mia took the handles off the doors in preparation for the decals going up. And again the doors stimulated conversations about all sorts of things; past houses folks have lived in, favourite colours and appreciation of the new beautiful True Doors. This time, John even had lots of ladies asking whether he was proposing when he was on his knees! 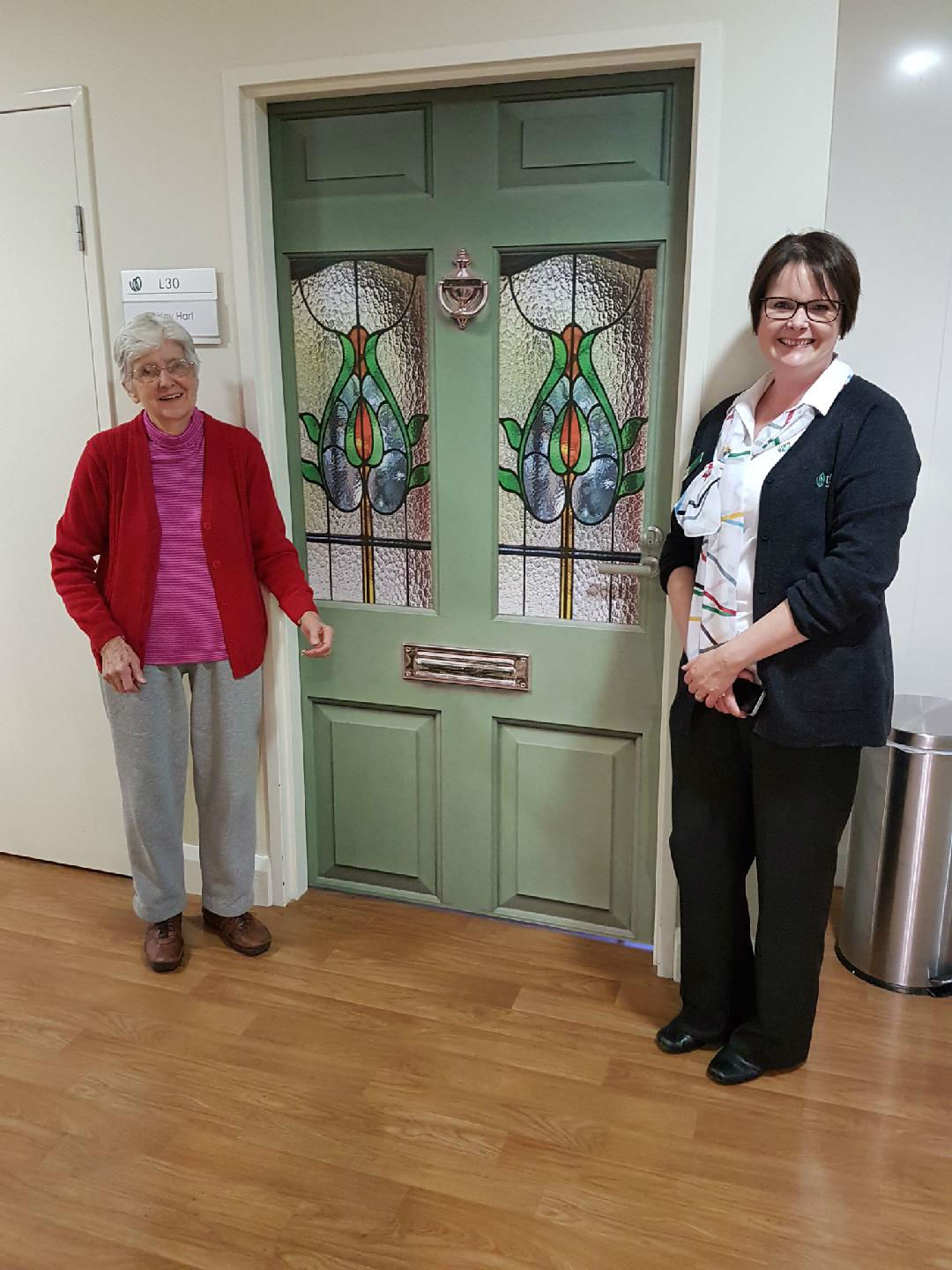 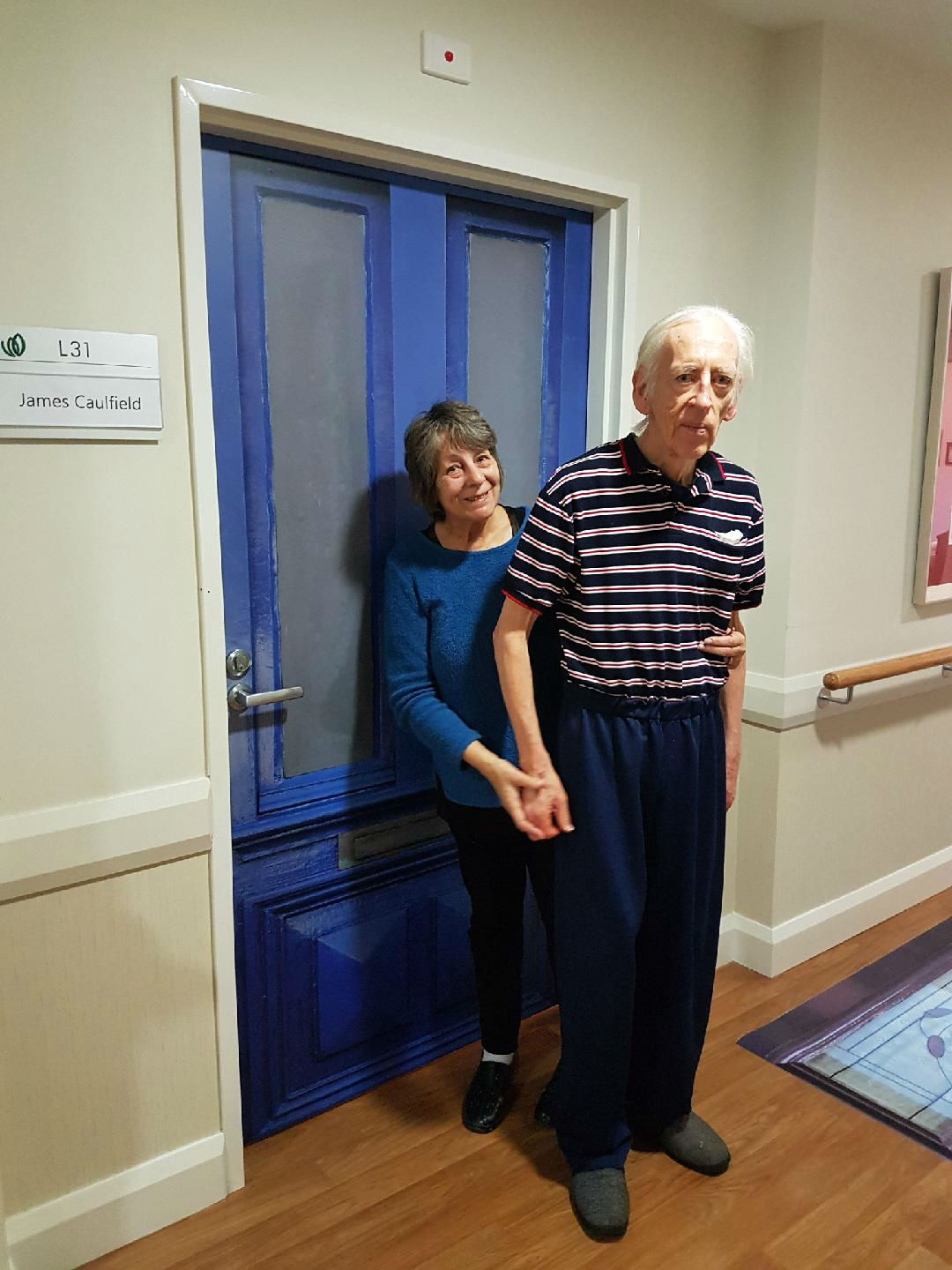 The excitement continued to build as we were completing the finishing touches as the anniversary celebrations began with live music, an animal farm and fabulous food.

The buzz created by the new looking doors was wonderful to share in. Staff and families led tours of the dementia specific wings. We would hear :- “That’s my favourite” and then as people approached another door “Ohhs and ahhs” and “Now that’s my new favourite“ ...Until the next door was seen!

John and I want to thank the residents, Sue, Mia, the wider TLC team and families for a letting us share in their celebrations! 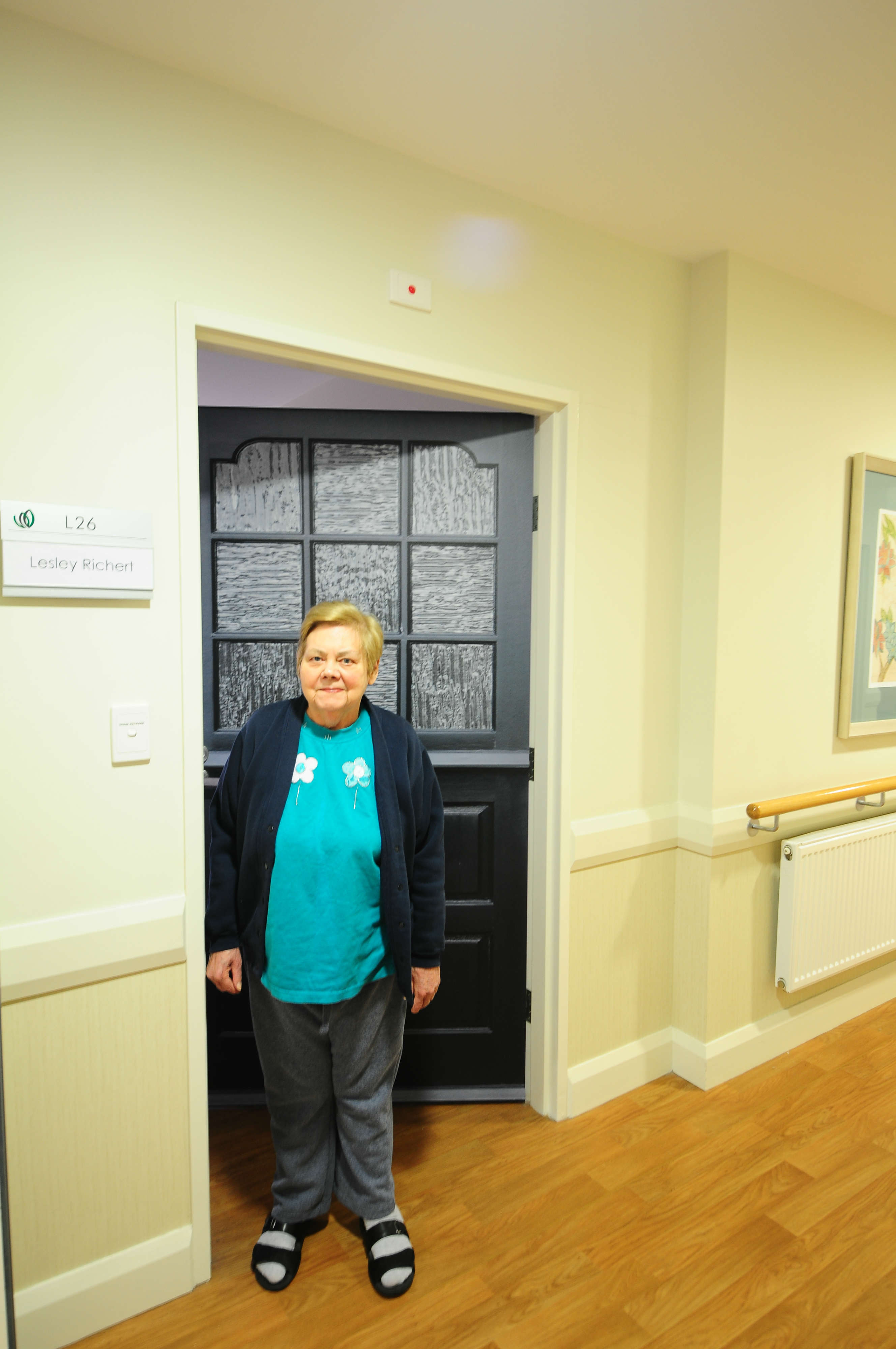 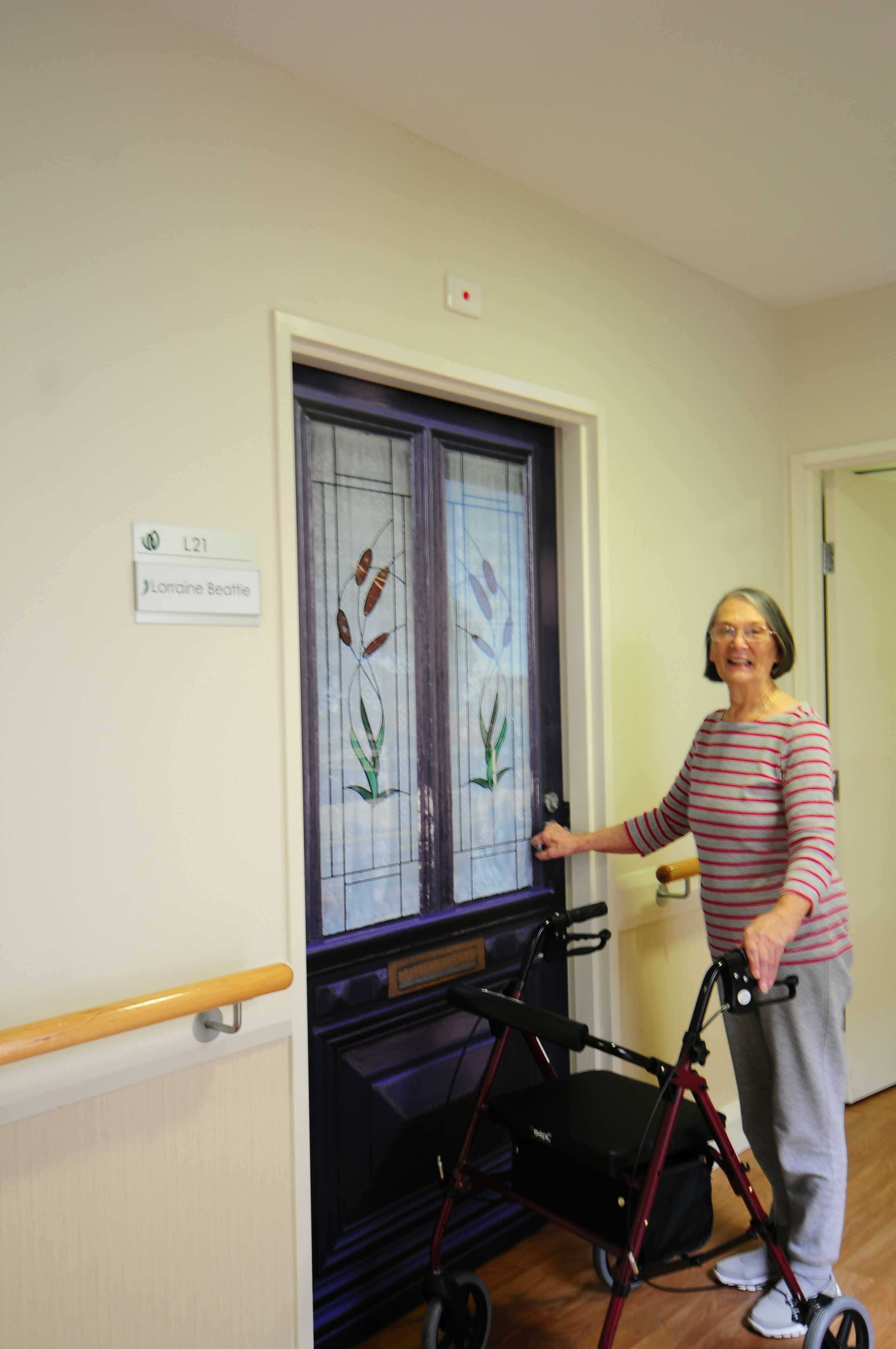 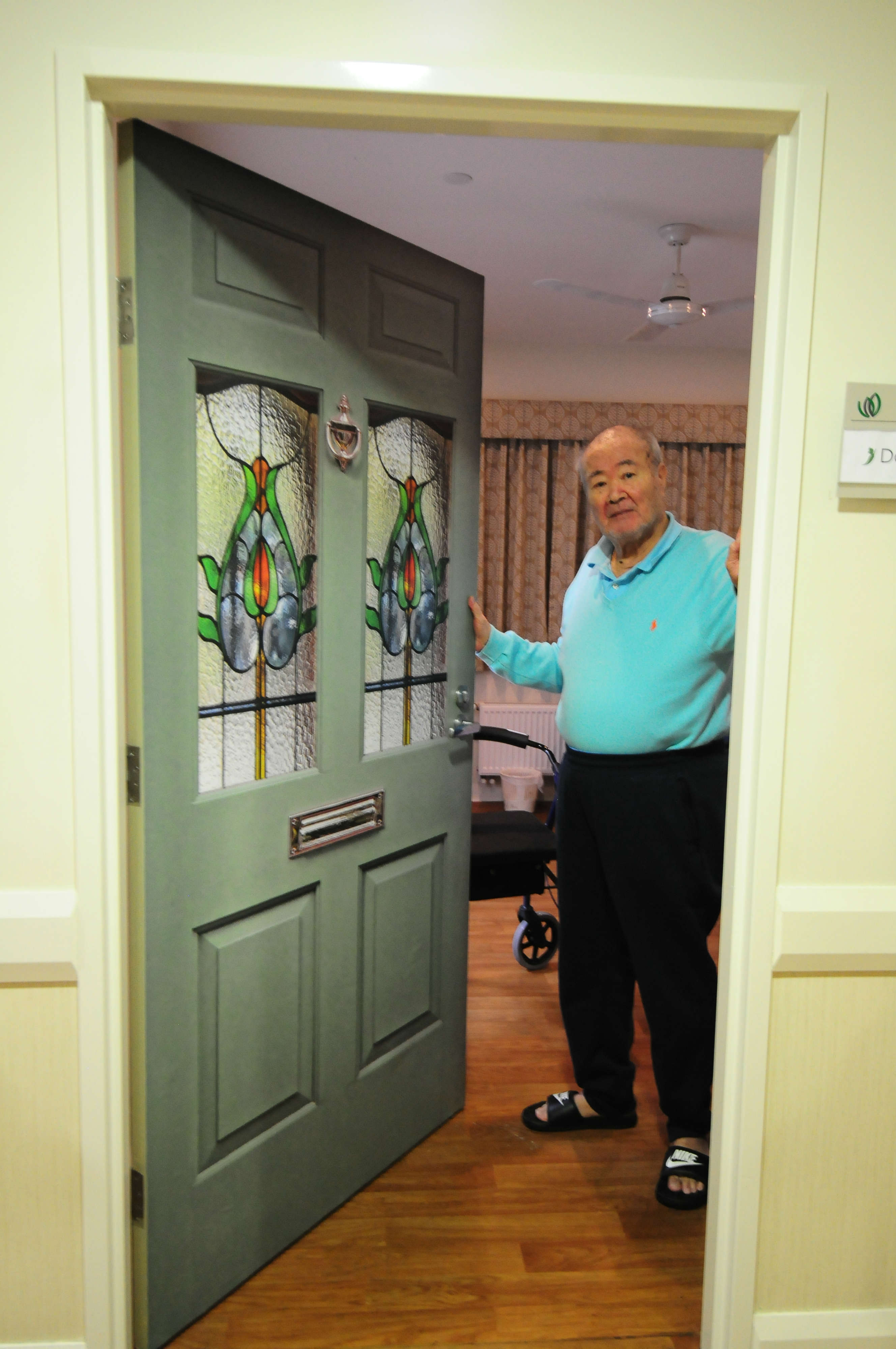 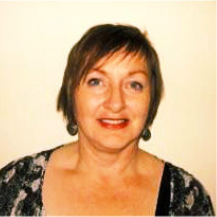 Carolyne Taplin is based in Bendigo, Victoria. She is responsible for supporting care facilities with their True Doors projects. Along side helping True Doors, Carolyne is a facilitator for Dementia Australia, focusing on person-centred care, and an Eden Alternative Associate.