What is that actually, someone’s “identity”? There are so many factors involved, it’s difficult to give a simple answer. We might say: someone’s identity explains who that person is. 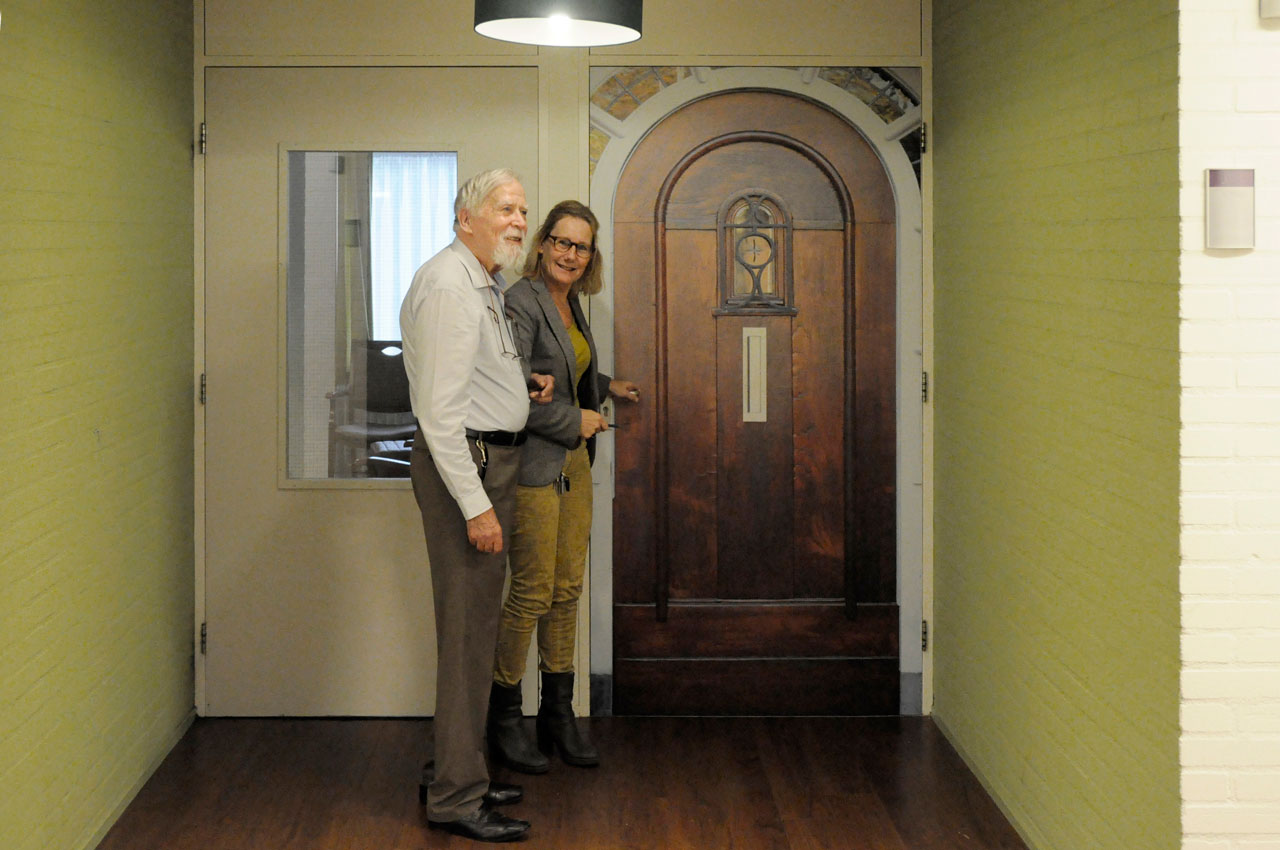 In one of his books the American author Patrick Rothfuss describes identity as:

"It’s like everyone tells a story about themselves inside their own head. Always. All the time. That story makes you what you are. We build ourselves out of that story."

So let’s call your identity a story. Your life story. A story that helps to make you a unique human being. Many believe that people suffering from dementia lose their identity. But then I find myself asking: do you really lose your personal story when you are diagnosed with dementia?

Psychiatrist Leny van Dalen wrote an article on this topic in Denkbeeld, a popular Dutch scientific magazine covering psychogeriatric issues. She asks: do people with dementia actually lose their unique personality? Or do we (health care professionals, relatives, etc.) begin to deny their identity the moment someone is diagnosed with dementia?

According to Van Dalen, a person’s identity mainly consists of relationships with other people and someone’s place in society. You can be somebody’s daughter or mother, but also a partner, a colleague. You might be “that amazing friend who always makes her own clothes” or someone that everybody turns to for a witty joke or comment.

These connections between people are based on reciprocity and we use our language to strengthen this bond. People with dementia slowly lose their ability to use language, which makes it more challenging to relate to them and keep connections. When dementia advances, it seems harder and harder to see the “person before the disease”. However, the identity of people with dementia is still part of who they are.

As Van Dalen explains, this makes it all the more important to keep the conversation with people with dementia going. Keep in touch, talk to them. About the past, their life, about how their day. And if the person has difficulty speaking, get creative and look for other opportunities for communication. Show them things that they used to enjoy, look at pictures together or listen to someone’s favorite music.

“Don’t distract people from who they were before the dementia, instead bring them back to the person they used to be.”

Ok, so don’t distracting. Try to let people with dementia be who they have always been, before the diagnosis. Challenging for sure, but wonderfully worthwhile, if done well.
Now and again I remember a woman with dementia at one of first nursing homes we did a project. She was about to receive a personal True Door, a decal with a photo of a former front door. I had been talking to this resident several times before and I remember it was not easy to have a structured conversation with her. Despite the challenge to let her know what we were doing for her, She was very friendly, open and excited about life.

Then there it was. The first moment she got to see her former front door in her current living environment. Her posture changed, she looked up and down the door with amazement. Her whole face showed how happy and thrilled she was:

That afternoon she told me many stories, mostly about her youth, her father, her husband and the street where she used to live. She is a great storyteller! Seeing her door from the past evoked a lot of memories, only happy ones, while I was there. She was still smiling and looking at her door when I left her.

The True Door reminded her of who she was and the stories she collected through her life. It reminded us, the True Doors team, of the importance of those life stories and how person-centered care can make a difference for people with dementia. The True Door, her own personal door, was part of her identity.

Those doors carry life stories of people, about who they were, or actually, still are. True, sometimes dementia appears to cast a shadow over someone’s personality, but remember that who you are is something that you do not really lose. It’s simply part of you as a person. Encouragement, love and patience help to bring out the personality of somebody with dementia.

Willem, who suffers from frontotemporal dementia (FTD), is a great example of what is possible. His condition prevented him from doing most of his daily activities. However, his happy and positive character was still there. People always thought he was a very social and funny man. They enjoyed being around him.

Nowadays, Willem works for the HOPE Group in the United Kingdom. He gives presentations to health care professionals about living with dementia. His enthusiasm and his relaxed way of talking about his condition are very inspiring to people. They learn a lot from him.

Thanks to his social skills and humor, Willem’s FTD hasn’t stopped him from making connections with the world around him. People are supportive and like him for who he is. He is able to continue his story.

A life story doesn’t have to end when dementia is diagnosed. Dementia can be just part of the story, maybe a chapter or a few lines. But only when loved ones and other caregivers give continuing the life story a chance.

I’m a researcher and project manager at true doors. While traveling around Europe and Asia, I've learned that many places can feel like home, when you're surrounded by the right people and being able to do what makes you happy. The last couple of years I’ve been working with people with dementia, in a research setting, as well as in a more informal and fun setting. Improvement in quality of life for this group is one of my main interests.